The Gaming Stadium is now a publicly listed company 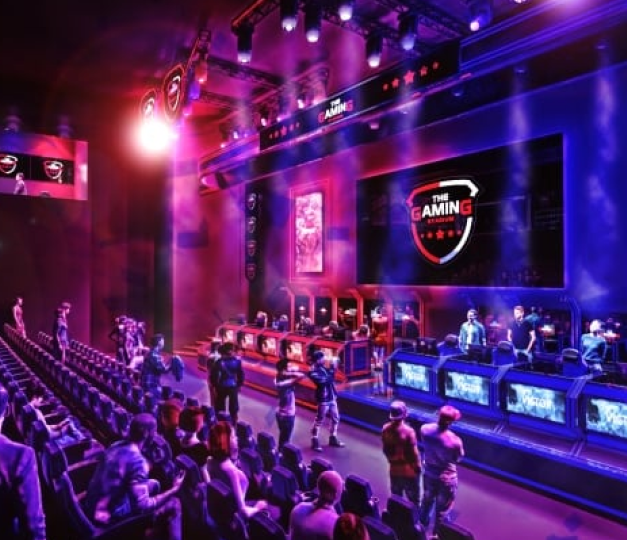 The Gaming Stadium is now a publicly listed company

For the second time in as many months FrontFundr is celebrating a “seed to public” listing for one of its alumni. Last week The Gaming Stadium (TGS) announced it had gone public, and started trading its shares on the TSX Venture Exchange (TSXV: TGS.V). This follows on from TGS’s crowdfunding campaign on FrontFundr, and comes less than 60 days after the Very Good Food Company, another FrontFundr alumni, announced their IPO on the Canadian Stock Exchange (CSE:VERY).

The Gaming Stadium is Canada’s first dedicated esports stadium, focused on tournaments, academies, and player development, driven by the long term vision of building a social community by using video games as a way to bring people together. “When we opened we wanted to be a place for people to get together and play,” Spiro Khouri, CEO of The Gaming Stadium, explained in an interview with FrontFundr earlier this year. “Our team always knew something like this was needed but I don’t think any of us realized how much.”

“Since we opened we have become that connection for people and it is fantastic,” he continues. “We help brands integrate into the space, help individuals understand what esports is all about, and help parents get a full grasp on the potential this has for their kids that love to game.” It’s a highly successful connection too. Though still in its infancy, esports is growing fast. More teenage boys play video games than watch traditional live sports, the industry already generates billions in revenue, and some are even arguing to have it included in the Olympics.

Through their initial crowdfunding campaign on FrontFundr, and now by listing as a public company, Spiro and his team are looking to capitalize on this growth in popularity, but also to further develop their community. As they explain in a recent blog post announcing their public listing, “Going public now represents a lot of optimism for the future: a future where esports continues to be a major force in the broader culture, a future where people value their in-person communities, and a future where things get back to normal.”

Much like with bean butchers The Very Good Food Company, by listing on FrontFundr’s platform before going public, TGS offered everyday Canadians the chance to become owners and backers of an exciting private company with future potential. The investors who initially backed TGS through FrontFundr invested at $0.10 per share, and from as little as $250. By the end of last week those same shares were trading publicly at $0.26, a figure over two and a half times the original number. More importantly though, these sorts of listings allow people to become owners and champions of companies they believe in, ones that are aligned with their personal and investment values. Be it esports, vegan sausages or anything in-between.

To learn more about becoming an investor yourself have a look at our investor guides, and to view the current listings on our platform head on over to our investment opportunities page.