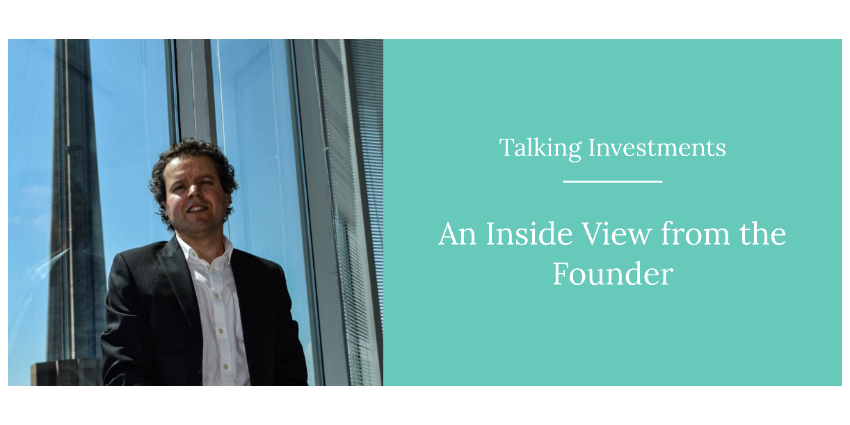 The growth and interest in FrontFundr and DealSquare have been exceptional, the former being Canada's leading online investing platform enabling any Canadian, accredited or non-accredited, to purchase investments in private companies. DealSquare is the online platform for registered investment advisors to share, analyze and acquire private investments.

SMV developed DealSquare in partnership with NEO, the third-largest exchange in Canada. DealSquare is the first distribution platform that allows private investment products to be purchased as simply and efficiently as it is to purchase publicly traded equities, options and, ETFs on global trade platforms.

From inception, the democratization of the private markets for all investors has been the main rationale sited for SMV's successful initiatives.

As SMV is amidst a C$3 million Capital Raise to fund our growth and innovation, an analogy with another unique opportunity in the past might be appropriate.

When the CBOE (Chicago Board Options Exchange) opened in 1974, it had options on only 16 stocks. Currently, there are more than 5,000 companies with optionable stocks, as well as several hundred more exchanges traded funds (ETF) with listed options.

In 2018, companies raised twice as much capital in the private markets than in the public equity and debt markets. Companies are staying private longer. The total number of public companies has declined by 35 percent in Canada since 2008. In the U.S., the total is down by 50 percent over the past two decades.

So SMV is playing in a tremendous growth market, focused on building better access and efficiencies for new issuance of private securities.

Whenever we are providing education and information to private investors and investment advisors, the same threads appear. It breaks down into three areas:

With FrontFundr, we established Canada's first online Exempt Market Dealer (often abbreviated to "EMD"), which means it is licensed to distribute investment securities that haven't been qualified by a prospectus but are exempt from the prospectus requirement based on the rules and regulations of each province where the EMD is registered to carry on business. The requirements are stringent, and each provincial securities commission monitors the activities of EMD within their jurisdiction. Our EMD status, combined with our proprietary platform technology, enables us to provide leading-edge service to capital raisers and investors.

What kind of Private Company can get listed on FrontFundr and DealSquare?

FrontFundr built a curated marketplace in Canada. In 2018, we accepted for listing a mere 9% of the inbound and outbound private company applicants. While no investment is guaranteed, by using our experience and methods, we examine each offering carefully and we strive to provide accredited and non- accredited investors to quality investments they can believe in. DealSquare is not a registered dealer. Instead, it is a platform technology service provider to registered dealers and investment advisors. Participating dealers on DealSquare are typically the gatekeepers of company listings on DealSquare.

Can anyone invest in Private Companies on both FrontFundr and DealSquare?

Yes, any Canadian resident (accredited and non-accredited investors) in the eight provinces where FrontFundr operates (not yet in PEI, Newfoundland and Labrador and the Territories) can invest in the companies listed. DealSquare is a technology platform provider for registered investment advisors and their clients anywhere in Canada.

Are there synergies between FrontFundr and DealSquare?

Yes. We identified three key areas for synergies between FrontFundr and DealSquare. First, increased distribution for issuers on FrontFundr (which is a participating dealer on DealSquare). We expect that a significant proportion of the offerings on FrontFundr could also be listed on DealSquare. Second, we anticipate that participating dealers and their advisors on DealSquare will refer to smaller deals on Frontfundr, which their advisors may well want to distribute to their client investors. Third, FrontFundr and DealSquare businesses create opportunities for economies of scale by sharing resources; most notably software platform development and maintenance, securities and regulatory expertise, as well as marketing & sales.

In a recent article for Crowdfund Insider, I stated that if merely 1.5% of public assets were invested into private companies, that would represent an amount of at least C$2.5 billion per year. For perspective, the National Angel and Capital Organization (NACO) reported funding start-ups at an extremely anemic C$180 million in 2018.

With FrontFundr, we're cutting out the middleman within the private markets in Canada and opening up the private markets everyone. It will take time, but it's happening, and we anticipate growth to be large and ongoing. Forty percent of early-stage companies in the U.K. are raising capital through similar FrontFundr-like platforms. That business is now ahead of total investments by angel networks but understandably behind VCs.

With DealSquare, we are providing existing deep wealth pools that are served through investment advisors, giving better and efficient access to investment opportunities in the private markets and distribution for companies undertaking private placements.

Silver Maple Ventures Inc. ("SMV"), as a registered dealer, is raising capital for itself through its online platform. Consequently, pursuant to securities legislation, SMV may be considered to be a Connected Issuer and as such, may be considered to be in a Material Conflict of Interest. The Company recognizes it holds a material conflict of interest and is a non-arms length party in the sale of its securities to qualified persons. The Company has not conducted an independent review of its securities. The Company responds to this material conflict of interest by disclosure on its online platform and in the Offering Memorandum for this issuance (in the attached documents). Please read this information carefully before making an investment in our securities.

For informational purposes only. Investing in crowdfunding and exempt market offerings has significant risk. Investors may not be able to resell quickly or at all. An exempt market security holder may also receive limited ongoing issuer information. Only invest if you can withstand the loss of your entire investment. FrontFundr conducts a suitability assessment on all investments made through its platform.