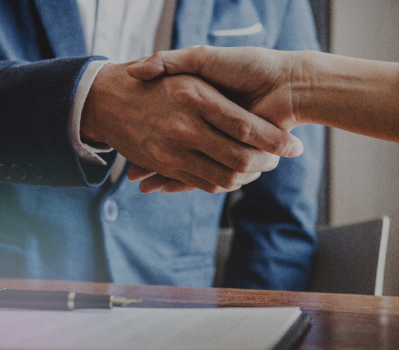 This blog post was originally published as an opinion piece in The Globe and Mail on August 8, 2021.
In June, provincial and territorial Canadian securities regulators announced new nationally-harmonized crowdfunding rules for startups. Investing in them is no longer limited to privileged wealthy investors only. Retail investors can now put money in startups, too.
Canadian regulators have followed the U.S. Securities and Exchange Commission (SEC) which implemented new crowdfunding rules in March. I have advocated for the democratization of the private capital markets in Canada for more than five years, and I believe we have arrived at the brink of real change in them.
Online brokerages platforms such as Questrade and Wealthsimple, as well as Canadian banks that started offering online direct investing services, paved the way for the democratization of investing in publicly traded securities. Retail investing in the public markets surged over the past 12 months, driven by a perfect storm of a bull market, COVID-19-induced lockdowns and the fact that stock markets have never been more accessible for individual investors.
According to Bloomberg, U.S. retail investors historically made up 10 per cent to 14 per cent of the market for publicly traded companies there before the advent of commission-free trading in 2013. Now, they represent about 20 per cent of the market.
I believe there is an important overall rationale why investing in private companies should also be accessible to retail investors, and those companies should get access to capital from those individuals. The rationale lies in the fundamental principles of a free market: freedom of choice and competition. Freedom of choice in that anyone, in this case, any investor, can participate and entrepreneurs can raise capital from whoever they choose.
The principle of competition can be applied in the private markets if buyers of ownership stakes (investors) and sellers (companies trying to raise capital) are both free to enter and leave the market. No particular group of investors should have controlling power over capital available to startups. On that note, traditionally, only a small group of angel investors, venture capital firms and other wealthy investors controlled capital available to startups.
If we want the private markets to truly become markets with freedom of choice and competition, then we could not have wished for a better time to make that happen, because we have the key enabler: digital technology. In the same way online marketplaces have emerged in other industries, digital technology can be deployed to facilitate capital formation in the private markets by providing access, information sharing and support for a high volume of small investment transactions.
Critics of investment crowdfunding raised several valid concerns. First, startups are not subject to the same regulatory disclosure requirements as public companies, nor are they scrutinized in detail by professionals in the investment industry.
Second, startups are usually in the discovery phase of developing a viable product and finding a market for it. They also tend to be tight on cash and sensitive to internal and external adversities. All of these forces impose significant market and business risks.
Third, securities of private companies are typically illiquid in that there is no open market where they can be traded.
Canadian securities regulators have sought to mitigate those risks with the new crowdfunding rules that require startups to raise capital through a registered funding portal. The new rules also put an annual limit of $1.5-million on the total amount a startup can raise within 12 months. There is also a limit of $2,500 per investment, and $10,000 if the funding portal is operating as a registered securities dealer, such as FrontFundr, and the investment is deemed suitable.
While these rules set by securities regulators aim to mitigate risk and potential investment loss, the rule of caveat emptor also applies. Investors should exert caution, and inform themselves about the facilitating crowdfunding platforms and the individual opportunities listed on these portals.
Investors should also consider the illiquidity of private investments. But how worried should they really be about this? Investments in private companies ought to be viewed as long-term commitments.
A BlackRock Investment Institute study published in 2019 concluded that investor cash flow doesn’t appear to be a significant impediment for their allocation of investments to private markets. Most investors do not need liquidity in their long-term portfolio.
The democratization of the private markets in Canada is imminent and poised to finally turn the private markets into real markets accessible to all investors. In doing so, it will unlock an entirely new pool of capital from the public and make it available to entrepreneurs.