Difference between reward and equity crowdfunding 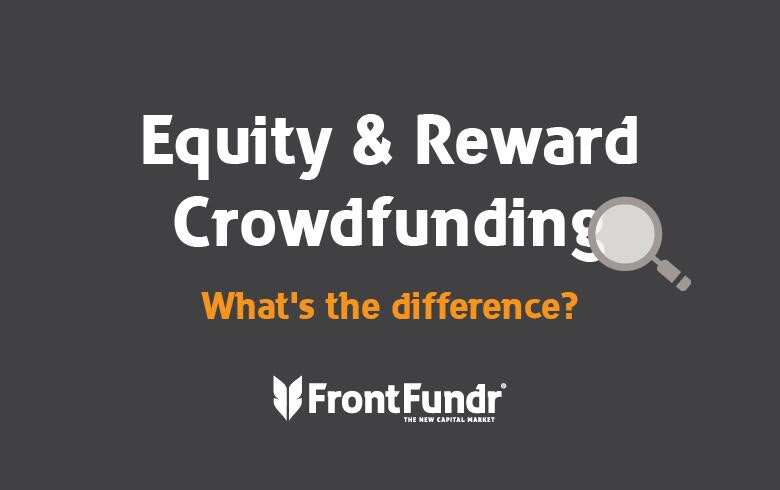 Crowdfunding is becoming a mainstream concept, but despite its growing popularity, many people are unaware that there are different types of crowdfunding. The two most common being rewards-based crowdfunding, (Kickstarter and Indiegogo), and equity crowdfunding (FrontFundr). So what are the main differences between the two?

Companies use rewards-based crowdfunding to collect advance capital for their products and services, and in exchange they offer their backers a range of incentives such as below-retail-value merchandise and early access to goods and services. The money pledged by backers in rewards-based crowdfunding models is considered a donation rather than an investment. Ultimately, backers are pledging money to help give companies their start, but with no option to capitalize on any future success. They are offering capital in exchange for a pre-purchase of products and services.

While equity crowdfunding involves more risk and doesn’t return immediate rewards, it has the potential to provide infinite returns to investors down the road. Backers invest in companies they believe have long-term growth potential, and contributors have the opportunity to invest at the ground level when share prices are typically lowest. As an added benefit to the companies, investors of equity-based crowdfunding typically back companies they believe in, and they serve as brand champions to help generate buzz and awareness to build momentum. Both the backer and the company’s owner are invested for the long-term and are motivated to see the company succeed.

The use of crowdfunding is becoming more prevalent and an ever more mainstream means for companies to raise funds in the early stages. From short-term rewards-based backing to more active equity crowdfunding, companies have an array of options to choose from in selecting early-stage support from the crowd. Through platforms like FrontFundr, Canadian consumers now have the ability to back private companies, giving them the opportunity to become long-term investors and evangelists of companies they believe in. They can make an early-stage investment with the option to reap rewards as companies progress and ideally, scale to greater success over time.