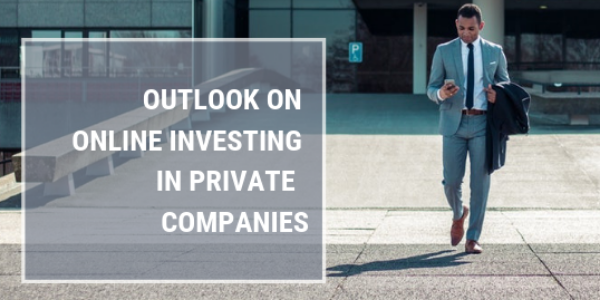 Investing in private companies is growing

With investments in the private markets, there is the expectation of potentially higher returns relative to traditional public markets investment. However, the greater the return sought, the more the risk that an investor assumes.

In the last four years, FrontFundr has created Canada’s leading online private markets place or equity crowdfunding platform. Through Frontfundr, companies are able to raise capital from the wider investor community, i.e. the public. The public is able to invest in early-stage companies that they believe in and expect potential higher returns.

Equity crowdfunding is still in its infancy in Canada compared to other countries such as the U.K. and the U.S. This is mainly due to continued fragmented equity crowdfunding rules in Canada. The recent announcement by the Ontario Securities Commission (OSC) to reduce regulatory burden will hopefully contribute to alleviating these barriers for companies who wish to raise capital from the wider investor community.

While it is still catching up with the more traditional capital raising methods, such as angel investors and VCs, the traditional early-stage investors are beginning to notice there are new kids on the block, and many of the new kids are the public, who were previously excluded from investing.

Exits – Too early to call but on the horizon

Given that the industry is still in its infancy in Canada, it is too early to look at successful exits yet; they will come. There are a number of examples in advanced markets like the U.K. For example, Anheuser-Busch InBev’s (the world’s biggest drinks company) acquisition of Camden Town Brewery, via Crowdcube, an equity crowdfunding platform in the U.K. As the investment crowdfunding market will grow in Canada and more companies will get funded, there will be success stories on the horizon.

Online investing in private companies is the future

The global crowdfunding market is expected to register a compound annual growth rate of almost 17% in the next 5 years and the World Bank has estimated that the global equity crowdfunding sector will be worth more than $93 billion by 2020.

FrontFundr will continue to advocate the democratization of investing in private companies from startups, growth companies to companies that may be on their way to go public on the stock exchange.

We look forward to continuing our mission working with companies, investors, industry influencers and our own FrontFundr shareholders. You are the Change-makers.