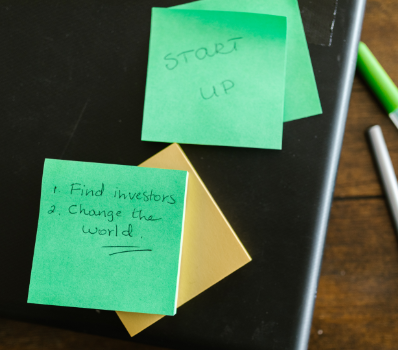 Crowdfunding in Canada is getting a much-needed regulation update. National Instrument 45-110 finally comes into effect on September 21. But what is it—and what does it mean for retail investors and businesses looking to raise capital?

The new exemption (45-110), also known as the Start-up Crowdfunding Rule, is a great step towards increasing crowdfunding’s prominence as a viable alternative source of financing for startups in Canada.

It standardizes the process of crowdfunding across the country, including increasing the amount that an issuer (a company that is crowdfunding) can raise in a 12-month period and the amount a retail investor can invest per issuer.

For business raising capital: With 45-110 in place, the amount that your business can raise during a 12-month period is increased to $1.5 million.

Additionally, companies are no longer limited to two, 90-day periods of holding a crowdfunding campaign. Each issuer can do four, 90-day campaign opportunities in a 12-month period and you can end a raise before the 90 days are up, according to your company’s needs.

As long as a business updates its materials after each raise period ends, an issuer may raise capital at any time over a 12-month period—however, they must stay below $1.5 million overall during that time.

For investors: Everyday investors can now invest $2,500 per company per 12-month period and if deemed suitable, by a registered dealer, up to $10,000 per crowdfunding campaign.

For businesses raising capital: Before 45-110, crowdfunding regulations in Canada varied by provinces with numerous exemptions in effect.

Now, the maximum raise amount per 12-months is the same country-wide; simplifying the process required to start raising capital from the public.

Since lack of funding is said to be the most common reason startups fail, the harmonized increase in crowdfunding limits could be a defining factor in helping Canadian startups reach success.

Additionally, by removing the limit of two, 90-day campaign periods, businesses have more flexibility in planning and running crowdfunding raises. Keep in mind that a successful crowdfunding campaign usually requires a sense of urgency though—so do with that information what you will.

For investors: The increased amount that a retail investor is allowed to invest per issuer is a great win! As the Canadian startup ecosystem continues to grow, you have the ability to back the companies you believe in most, more than ever before.

By implementing 45-110, Canada continues to make strides towards making crowdfunding an effective source of capital for growing businesses.

Crowdfunding’s increasing popularity in the United States recently saw the limit a company can raise per 12-month period bump from $1.07 million to $5 million. We hope to see Canada’s adoption of crowdfunding trend the same way.

Overall, 45-110 is a promising move to support Canadian startups and give retail investors the opportunity to support the companies they believe in most. And it’s only the beginning.