Planet, profit and purpose: The RE Royalties story 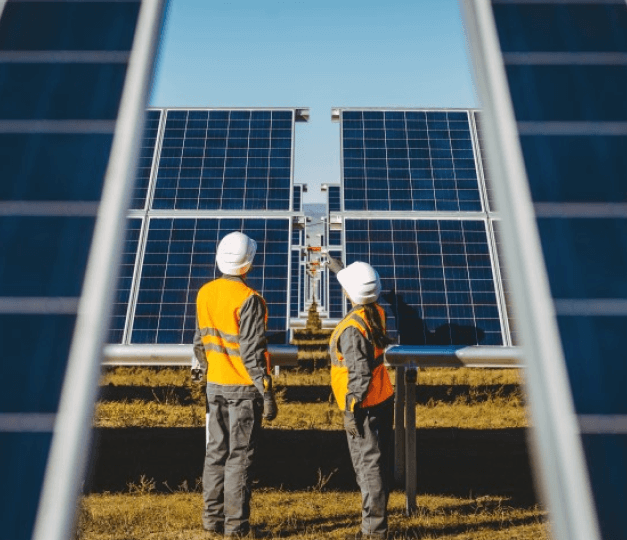 Planet, profit and purpose: The RE Royalties story

Climate anxiety - the fear that our modern way of life is pushing the Earth beyond its ecological limits - is on the rise. The Guardian talks about it triggering an “overwhelming and terrifying” mental health crisis and leading medical journal The Lancet demands an immediate “call to action” to combat climate concerns and associated psychological conditions.

This anxiety stems, in part, from a feeling of helplessness. We’re all well aware of the main causes of climate change - increasing levels of greenhouse gases from the burning of fossil fuels, the removal of rainforest and the intense farming of livestock. What we’re less sure about is what we can do about them. They’re all integral parts of our modern way of life and most of us feel we have little power to change them.

Back in 2016 this sort of anxiety was also weighing heavy on Bernard Tan’s mind. A seasoned corporate finance executive, he’d seen first-hand how difficult it was for renewable energy companies to raise capital. He also knew that the best way to accelerate the shift toward renewable energy, and thus to a sustainable future, was to help the entrepreneurs running these companies get the funding they needed to deliver on their ambitious projects.

And so in a quest to combine his passion for the environment with a profitable, long-term solution he founded RE Royalties, a company that provides innovative financing for climate change solutions but that also serves as an attractive investment opportunity for socially conscious investors.

Having pioneered the royalty-financing concept for the renewable energy industry, the company has since gone on to build up a portfolio of 86 royalties, covering Canada, the US and Europe. Taken together these long-term royalties displace over 321,700 tonnes of carbon from entering the atmosphere every year, and are on over 470MW of solar, wind and hydro projects that are currently in operation (or very soon will be).

As the company recently completed a successful $9.8 million funding campaign we thought it high time we sat down with Bernard to understand a bit more about RE’s innovative financing model, the sorts of projects they work on, and also what the future holds.

“The inspiration for the company came to me when I became a new parent,” Bernard says. “I wanted to do something positive for my children’s generation and future generations to come. I have always believed that capitalism and innovation are two of the strongest forces to mobilize change, and by bringing more capital and introducing innovation into the renewable industry, we can hopefully slow or even reverse the effects of climate change.”

RE does this by providing royalty financing to companies that focus on renewable energy, be it a 102-megawatt wind farm in Western Canada, portable solar units in East Africa, or anything in between. They provide flexible, non-dilutive capital to small-to-medium sized renewable companies (SMREs) so that they can build and grow their project portfolios. 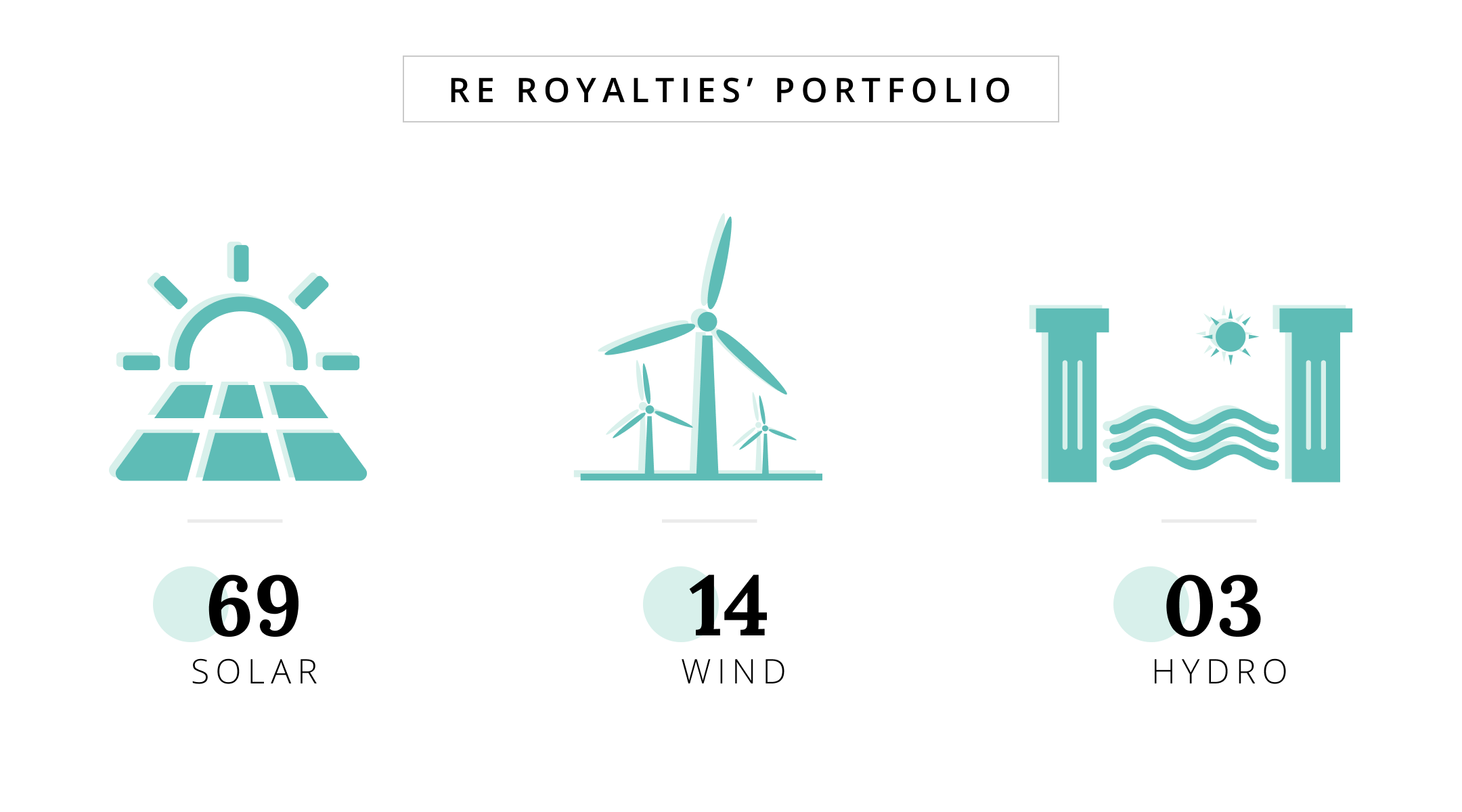 Capital is provided in the form of a cash payment or a loan, in exchange for a percentage of future revenues from operating projects. The companies retain 100% control of their assets and their businesses, and there are no restrictions on how the funds are used.

This model also appeals to RE’s shareholders as it enables them to invest in the sustainability sector, while earning a strong return through a stable distribution. All while ensuring that their capital is protected for the future.

A Marriage of Vision and Values

Though based in Canada, RE’s mandate is global, with a particular focus on North America and the EU. Most of the projects they work with need between $1M and $20M in funding, and while many of their clients have great project opportunities, they are simply too small to secure traditional financing to fund their growth plans.

As Bernard explains, the company uses three main assessment criteria when deciding what projects to fund. “First, we look for clients that share the same values that we do: a desire to make a positive impact on the environment. Second, this positive impact needs to be done in a profitable way. And third, they must have strong technical proficiency in managing their projects, an entrepreneurial spirit and professionalism.”

Essentially, RE needs to establish whether they are happy to work with a prospective client for the duration of the royalty (“it’s almost like a marriage,” Bernard quips) because, in order to ensure success, RE needs to feel confident that its clients can manage the assets competently over the long-term and grow their own project portfolios (which, in turn, allows RE to acquire new royalties as the clients grow).

2018 was a watershed year for green energy, as it marked the first time more money was invested in renewable energy sources than in fossil fuel power. It’s a trend that looks set to continue too as, according to Bloomberg’s New Energy Outlook report, over $15 trillion USD will be invested worldwide in new power capacity by 2050, with over 80% of that allocated to batteries and renewables.

Interest in renewable energy continues to grow, both among investors and the general public, while at the same time the costs of producing it continues to fall - wind and solar are now the cheapest forms of electricity across two-thirds of the globe. By working with an under-served segment in an ever-expanding industry, RE is well-placed to build on its current success over the next few years. Indeed, this is one of the reasons that the company decided to use crowdfunding as a way to raise capital.

“We wanted to democratize the investment process and also maximize the distribution of our green bond offering to as many investors as possible,” Bernard explains. “When compared to other green bond investments, we felt that we had a very competitive product to offer in terms of yield, protection and environmental impact.”

Their most recent FrontFundr campaign was their second overall on the platform, having successfully completed a previous round in 2018. “As a second time issuer on Frontfundr, we really appreciate the diversity of investors on the platform,” Bernard adds. “We see this as a powerful tool in the toolbox for private (and even public) companies to attract capital.”

Although we continue to face unprecedented challenges when it comes to how we interact with our planet, and there is still much work to be done, companies like RE Royalties are testament to the fact that profit and passion can co-exist. They show us that by working together we can build a better and more sustainable future for everyone, free of carbon intense energy and climate anxiety. We hope to see them back on our platform soon!

RE Royalties is a publicly traded company on the TSX Venture Exchange under the symbol “RE”. You can learn more about the company on their website.