A breakthrough device for pain-free injections of medication & vaccines

A breakthrough device for pain-free injections of medication & vaccines

Please tell us a bit about who you are and what you do.

I am the CEO of PKA SoftTouch Corp., and Chair of the Board of Directors. I am responsible for the operations of the company, and report to the Board of Directors. I have been in this position since the Corporation was formed in 2005. With my helpful and skilled staff, I have carefully guided the operations to this important position of almost realizing our final goal. Our progress has been helped greatly by many consultants and company vendors along the way, several of whom are local to the greater Peterborough, Ontario area.

Have you always worked in this industry?

This knowledge has provided valuable insight into the development of our microneedle device. In building plants, I received first-hand experience with pharmaceutical regulations in the US and Canada. This knowledge has contributed to successfully moving our product along to this point of the business.

Where did the idea for PKA come from?

Dr. Modi, our President and Co-Founder, actually invented the device - he has been a type one diabetic since he was 16 years old. Having to inject himself three times a day was the incentive for him to come up with a novel, painless device.

He approached me in 2004 to request my help in engineering the development of the device to make it work. Initially I was skeptical, but he convinced me that it was going to work. Since then I have come to realize that he is a really good inventor, as he is one of those "10% inventors" who invent out-of-the-box inventions, whereas 90% of researchers invent upgrades of current technologies.

Some other technologies he is now developing include reformulating the Botox injection into a lotion to smooth out a person’s wrinkles. He has also invented a salve to double the speed of healing cuts, as well as a wafer containing a drug that would dissolve under the tongue in two seconds, and many other inventions. He has over 300 patents to his name!

How is your microneedle technology different from current solutions available?

When we researched other devices for our initial patents, we saw that other inventors have put forth many devices. Many of these turned out to be complicated, complex, would not work, do not go into the skin, etc. Last year we did a competitive analysis of other devices (that information is available on our campaign page).

Most devices go into subcutaneous tissue under the skin. Some enter the skin as patches, needle arrays, etc. Some are patented but not approved by governmental industry regulation authorities. Some, by design, won’t deliver a consistent amount of medication to the body. In our analysis we met all the necessary criteria whereas others met only some of the criteria. Our patent is written broadly to protect our patent in the future.

What are the main application areas for your product?

Our product will have a wide range of uses and it is truly a platform technology: for example, the needle can be extended for deeper skin such as in large animals. The device needle and the membrane around the bubble containing the drug can handle a wide range of different drugs. The device is made to handle vaccines as these are small drug quantities which are easily handled by the device.

Besides handling human drugs, we can handle a wide range of veterinary products. The veterinary industry will find it easier to use this device on animals, which like to move around a lot. It is easier to inject the animal in the skin than trying to inject a syringe needle in a moving animal. The painless injection makes the injection procedure less stressful to the animal as well.

Could it be used to help combat a pandemic?

Our device will be ideal as it is painless and ensures more compliance. As mentioned, it is ideal for small dosages which most vaccines are. There is no “Sharps Disposal” that is required, which again enhances the inoculation of people. It is a single shot dose which avoids having to withdraw the drug from a phial and inoculation speed would be superior to a syringe.

How do you see PKA’s technology evolving over the next 5 years?

One of the barriers is pursuing the first licence. Once we have the first one, the second and third ones will be easier to secure. The main reason a drug company might be interested in our technology is that they can increase market share with a cost competitive device that is painless, can be used anywhere on the body, and with no "Sharps Disposal". Once the product enters the market, the market will drive the supply of the devices because of all of its advantages over the syringe and injection pen. 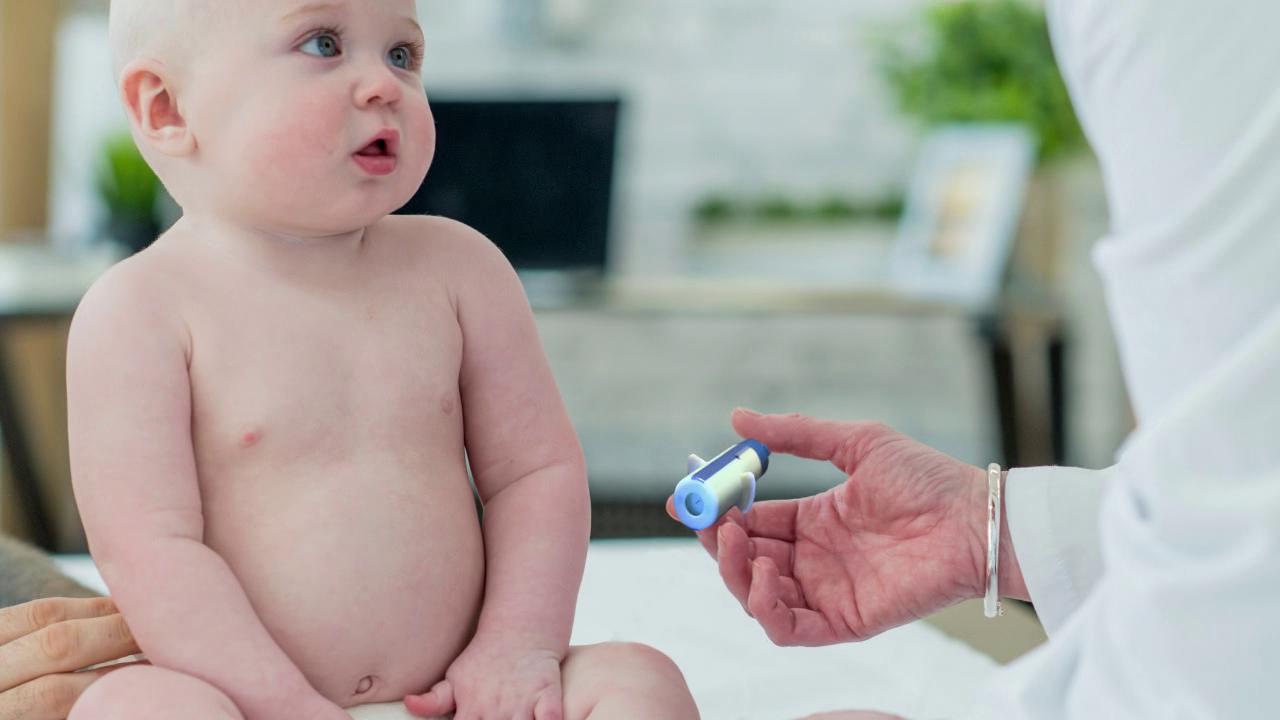 This is your second campaign on FrontFundr, having already run a successful one earlier this year (hitting 182% of your funding target). Why did you choose equity crowdfunding for your business?

We chose equity crowdfunding as it is consistent with our policy to build value in the company by selling shares. Before we engaged FrontFundr we had already raised $1.3 million. However, we were becoming limited by the number of investors we can have in Ontario, and most government and private funding programs favour start-ups versus late stage start-up companies like us. FrontFundr's equity crowdfunding initiative fit our requirements exactly. Another feature is that our device has wide appeal to the general populace, which enhances the value of equity crowdfunding.

And why did you decide to come back for a second round? What will the new funds be used for?

Raising funds in the first round of crowdfunding was difficult in the beginning as it coincided with the beginning of the Covid-19 lockdown. We had initial success since many local people knew us. But some potential investors dropped off in mid campaign. In the third month, contributors increased as people became more confident in the economy, and has saw increased momentum, because of the interest in our product, we decided to do a second campaign.

The new funds will be used to secure a licence deal with a veterinary drug company. Once this happens, we will attract a veterinary pharmaceutical company and begin the licence negotiations. The drug company will furnish samples of the approved product so compatibility studies can be achieved. The drug will be tested to determine compatibility with our device, and the device being compatible with the drug. After that is achieved, short and long-term stability studies are completed. Successful results will lead to a completed licence agreement and begin a royalty stream to PKA.

What do you like to do when you’re not at work?

My main interests include camping, cooking, reading, stamp collecting, singing in church choir, swimming, and jogging, which I do every morning (2 km). I am an environmentalist and an ardent tree protector – I even started a local tree committee. Also, I am treasurer of my church and I am on the Transport Action Ontario board, a transit advocacy committee.

What would you say to someone who is considering investing in your campaign?

There are two major reasons to invest. The investment will bring a life-saving device to millions of people worldwide. It would be ideal to inoculate large masses of population in under-served areas of Africa and Asia from major chronic diseases. Secondly the investment will provide a successful stream of revenue to our investors for the years to come.