We've sent you an email to verify your account.
Please check your junk/spam folder if you don't see our email.
Get Started
Back
Thanks for signing up!
We'll get to know each other better when you make your first investment.
Let's get started...
Investment Opportunities
Learn more about investing
Complete Investment
The Toronto MoneyShow
September 19, 2019 More
A Uniquely Canadian Approach to Venture Finance & Investing
April 01, 2019 More
Revolutionizing the private markets in Canada by moving towards Artificial Intelligence
July 18, 2019 More
Blog Archive

FrontFundr has been awarded the Private Capital Markets Association of Canada (PCMA) Innovation in Capital Raising and Investment Deal of the Year award. The award recognizes FrontFundr’s exemplary efforts offering Canadians the unique opportunity to own a piece of RED Mountain, a world-class ski resort in the West Kootenays of British Columbia.

Peter-Paul Van Hoeken, CEO and co-founder of FrontFundr accepted the award during the seventh annual PCMA Western National Industry Conference on November 22 at The Glencoe Club in Calgary. 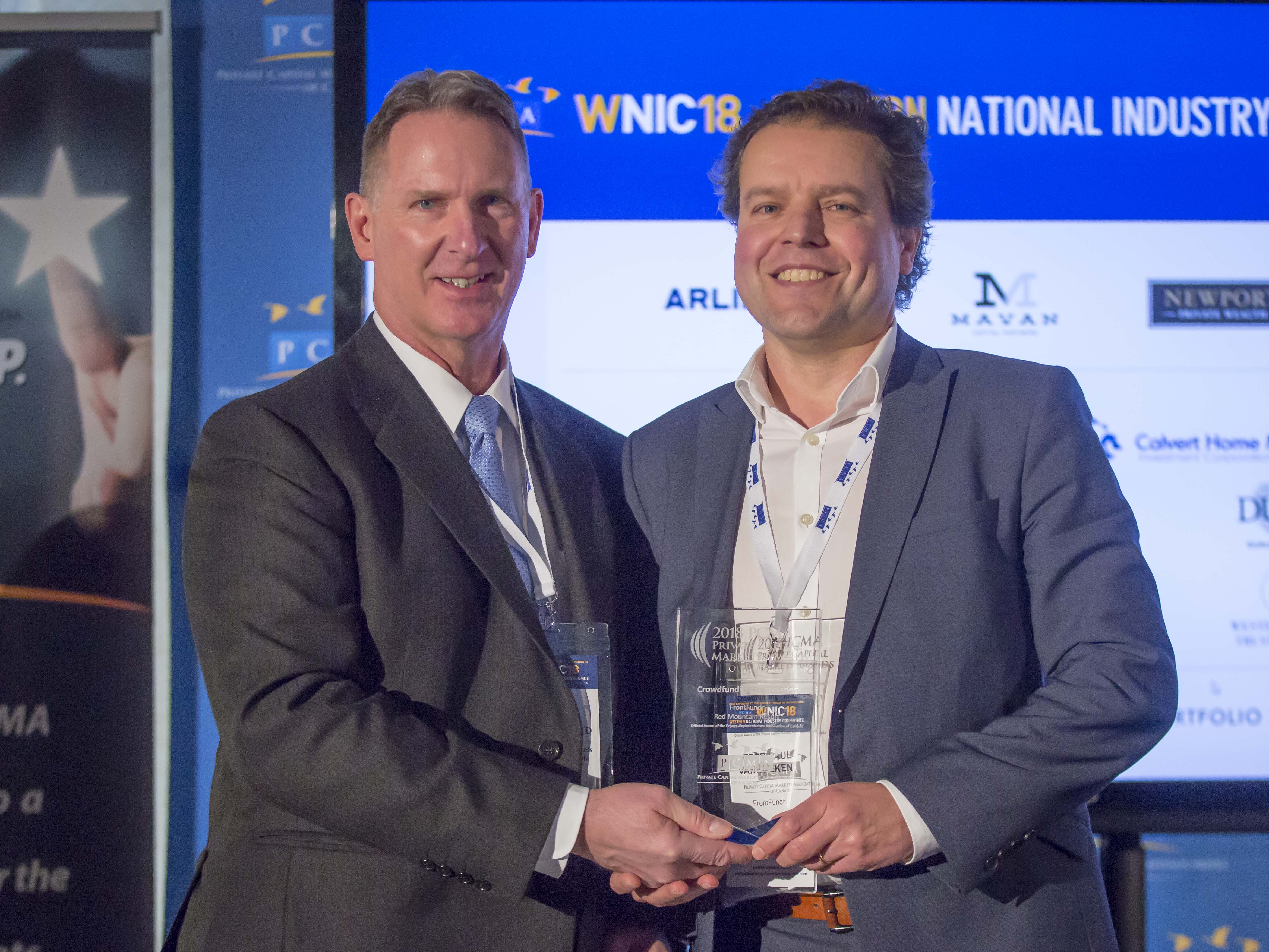 Doug Bedard presenting Peter-Paul van Hoeken the Innovation in Capital Raising and Investment Deal of the Year Award from PCMA.

In 2017, RED Mountain Resort shook up the ski industry by becoming the first ever crowdfunded for-profit resort. With FrontFundr as their Canadian crowdfunding platform, RED’s “Fight The Man. Own The Mountain” campaign attracted over 700 investors who raised more than $2.5 million and earned media attention from The Globe & Mail and Bloomberg. Together, RED and FrontFundr let the world know that independence matters by keeping Western Canada’s oldest ski resort a community-owned entity.

Giving everyday Canadians the opportunity to invest in companies that matter to their communities and their country earned FrontFundr a place in the Private Capital Markets Awards. FrontFundr’s CEO, Peter-Paul Van Hoeken, thanked those communities, saying, “Since 2015, FrontFundr has engaged investors and entrepreneurs across the country, enabling more than 30 Canadian companies to obtain the funding they need to grow. We’ve done this by building communities of supporters and advocates for each company’s products and services. We’d like to thank our incredible community for their continued support because without them this growth and recognition would not be possible.”